Planning a route in the app (iOS)

A route is a list of waypoints, joined by a line, which mark out a planned trip.

If you upgrade to PREMIUM use can use the Auto-Plot feature, otherwise straight lines will be drawn between the waypoints.

The app is free but additional functionality can be unlocked by upgrading the app to Premium.  All our map subscriptions include the premium upgrade.

To create a route on the device in the app press the plus button on the map screen, and Plot a Route.  You will be taken to the route plotting screen. 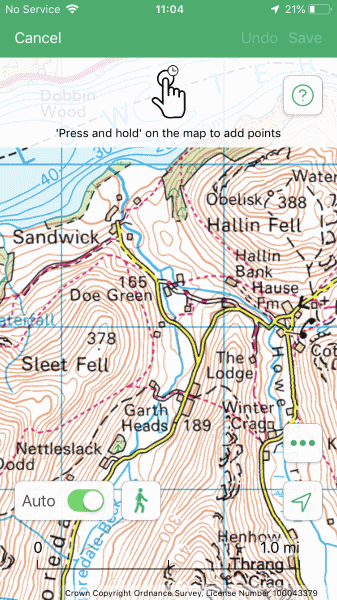 Press and hold on the map to start adding points.  The start and end points are represented by a green and red icon.  With "Auto" on the route will follow the path. 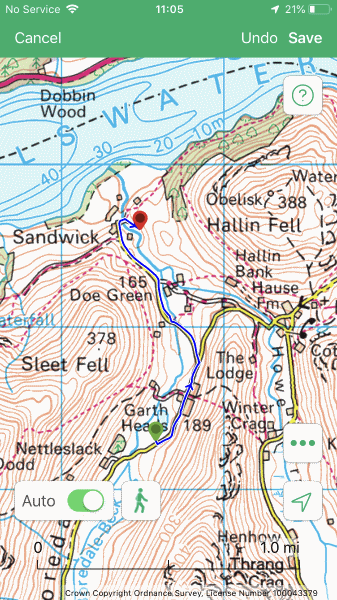 To insert a point between two existing points press on the line that joins the two points and move it to the new position.  Hold onto the point and a magnified window appears at the top of the screen.  Use this to fine tune the position of the point on the map.  We use this window, as otherwise, your finger would obscure the position of the point!
The coordinate and elevation shown on the magnified window is of the current point and the length is the overall length of the route.  Intermediate points are initially shown as a small white dot. 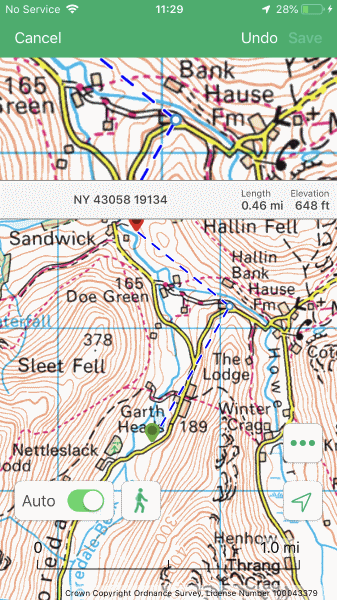 With "Auto" on the route will follow the path. 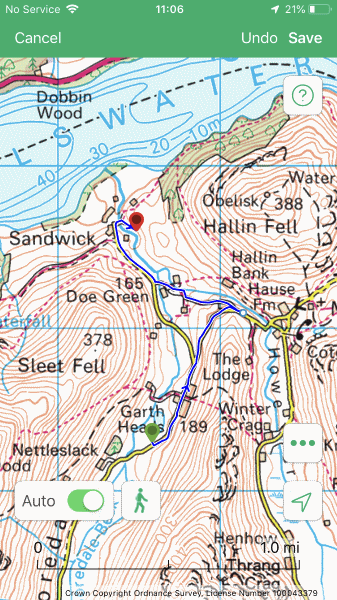 Move the map and continue press and holding to add more points as needed.   If you make a mistake, tap Undo at the top of the screen, which will remove the last point added.
To add text to a point, tap it, and select edit.  Once a point is populated with text it turns solid blue.
To delete a point, tap it and select Delete.
Once you have completed the route, tap Save at the top of the screen.  Update the name of the route, if you wish, and tap Save Route and you will be taken back to the map screen. 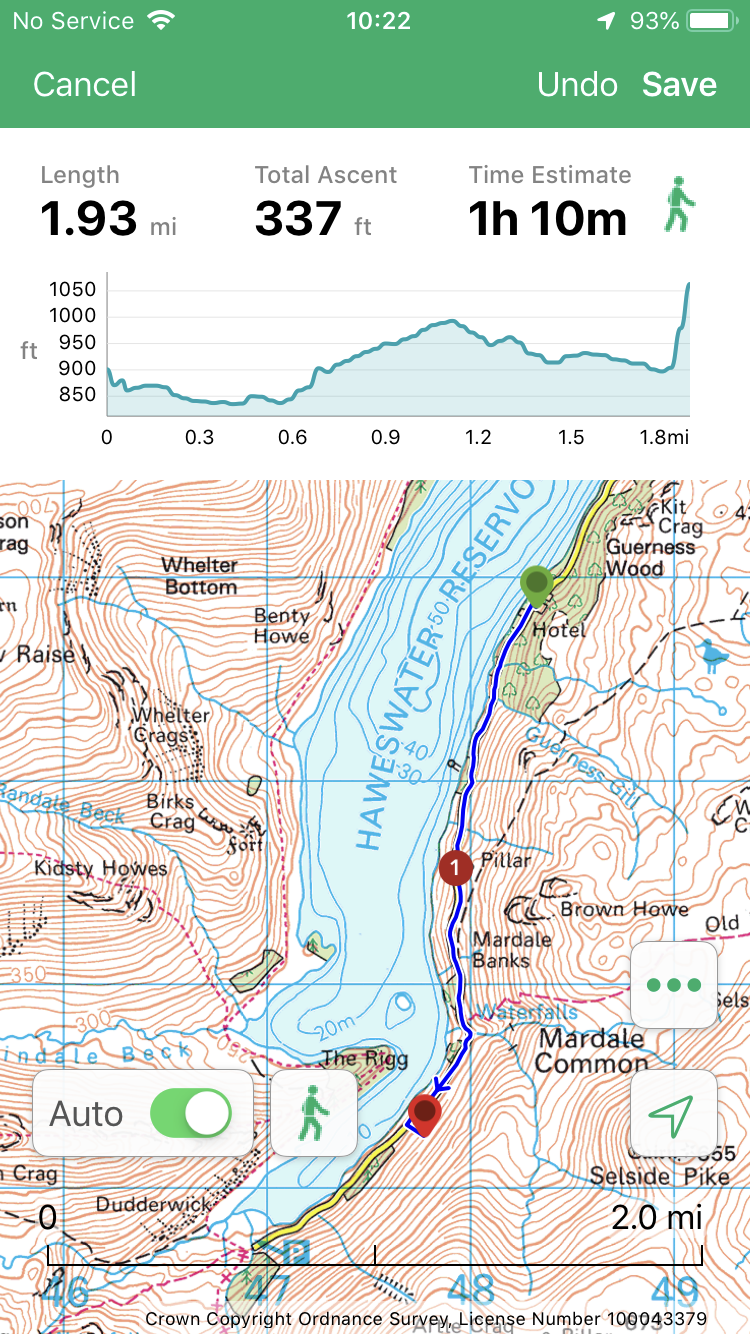 Walking time estimates are calculated using Naismith's rule with Langmuir corrections. Put very simply, it takes longer to walk a mile uphill that it does on the flat.  Adjustments can be made to the rule based on your walking abilities in the app under Settings, Time Estimations.

Auto plot is a PREMIUM feature.  You can swap between directions for Walking, Cycling and Drive by tapping the walking icon.
If the auto plot goes wrong tap "Undo", turn off "Auto",  plot the section manually, then turn "Auto" back on.
The routing engine uses map box data for most things except cycling in the UK where we use cyclestreets data.

The 3 dots overflow menu, on the route editor screen, has the option to "Hide other map objects" which removes any clutter (like other routes and POIs) from the map.  You can also remove any changes to the route with "Reset Route".  The locate me icon shows your current position on the map.

On the map screen tap on the route so it turns red.  In the green bar tap More, then Edit route.  You will be taken back to the route editing screen.

Swapping maps in the route editor

You can't swap maps in the route editor.  You must tap Save and exit the route editor.  Swap maps then select and edit the route again.
Did this answer your question? Thanks for the feedback There was a problem submitting your feedback. Please try again later.
Last updated on March 22, 2021